We’ve been talking about our love for our pups and their love for us in return.  This got Courtney and I talking about how our pups interact with not only other furry friends, but other species.

I have a cat named Charles and my 100 lb. Golden Retriever, Smalls.  Charles was 6 when we got Smalls and deemed himself as the baby.  Most of you who have introduced a new puppy to an older cat probably know where I’m going with this.  Not a good introduction.  I attributed it to Smalls being a curious puppy and Charles just being a grouchy older cat whose world had just been turned upside down.  This was of course partially true, but there is certainly more to it.

Golden Retrievers are deemed as one of the most adaptable breeds in regards to co-existence with other species, though there are many additional breeds that ‘go with the flow’ when introduced to a new family member.  And, I’m not just talking cats, but other dogs, birds, guinea pigs, farm animals, even reptiles (I actually have two desert tortoises as well). 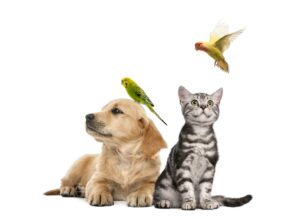 There are two major factors in positively uniting these ‘new roommates’.

FUN FACT:  There are some dog breeds (in the high prey drive category) that are actually bred to have ‘soft mouths’ so that they can retrieve without applying hard pressure with their mouths.

Again, know your dog’s breed and the personality/characteristics that come with it.  If your dog is a herding dog, other smaller species such as cats, rabbits, etc. may not like being told where they should be all of the time via herding.

If you own a pup whose breed likes chasing small species, i.e. rodents, probably not a good idea to invest in a guinea pig or bird.

In any case, make sure to have a ‘safe space’ that your new family member can retreat to if necessary.

Back to Charles and Smalls.  They aren’t friends, but over time, they have learned how to tolerate one another.  Charles is 9 yrs old  and Smalls is 3 now, which I think helps.  Probably, the most telling factor is that Charles knows he’s in charge.

“Cat’s motto: No matter what you’ve done wrong, always try to make it look like the dog did it” – Unknown 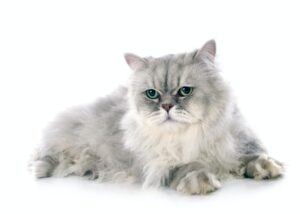