Courtney and I were discussing character judgment this weekend as we have had a few interactions with people that have been somewhat questionable.  The experience of launching this company has been both challenging and rewarding.  With that, comes opening ourselves up to the public which has been a great experience overall (we always love meeting new people, hearing about what they enjoy, their ideas, and how we can improve).

Dogs are man (and women’s) best friend.  There are many popular expressions out there that essentially make the overall statement, ‘If your dog doesn’t like someone, you probably shouldn’t either’.  There are countless stories of our furry family members warning their human owners about the danger of interacting with another human being that does not have good intentions.  Unfortunately, as I said earlier, it is typically human nature to give others the benefit of the doubt, whether or not we feel uncomfortable.

Dogs on the other hand, are incredibly intuitive, to the point that some say they have a sixth sense.  This goes back to them being ancestors of wolves which has lead them to have heightened senses, especially  hearing and smell. 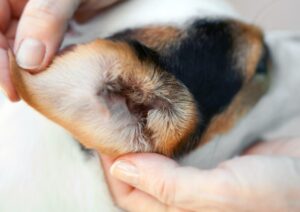 FUN FACT: Dogs have of course evolved from wolves.  It’s no wonder that our pups have the keen ability to hear because their ancestors (the wolves) can hear 6-10 miles away. 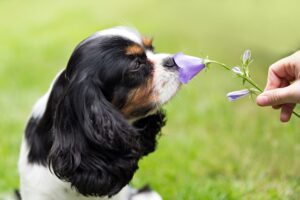 FUN FACT: Dogs’ ability to smell is another amazing trait that they have been able to maintain through evolution.

So why all the talk about our pups’ senses?

Well, ultimately this is how they are able to judge humans.  People are imprinted in our pup’s minds the same way that they are imprinted in our minds.  If we as humans see someone that looks like someone who has slighted us in the past, we may react differently or with more caution.  The same goes for our furry family members, though with their keen sense of hearing and smell, they take it a step further.

The lesson here is to allow your pup to ‘smell the roses or not’ so to speak, and you as the owner, should listen to and observe your dog around new people.

With their keen senses, our pups are connected to nature and seem to know things before they even happen.  They have often been considered heroes, saving people without any thought of their own safety.  If your pup determines that someone is untrustworthy or unsafe, they are probably right in most cases.